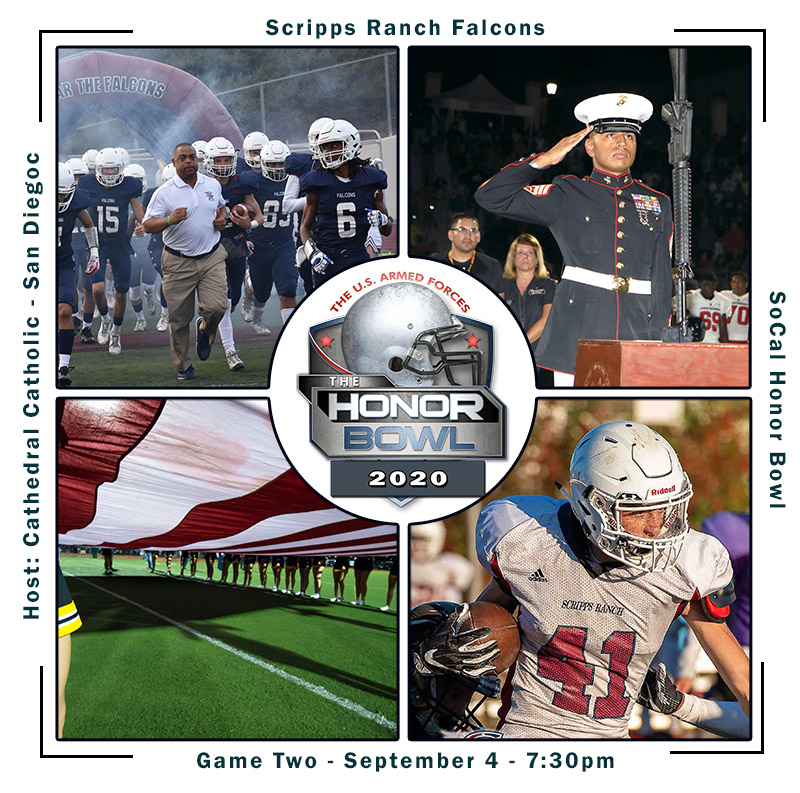 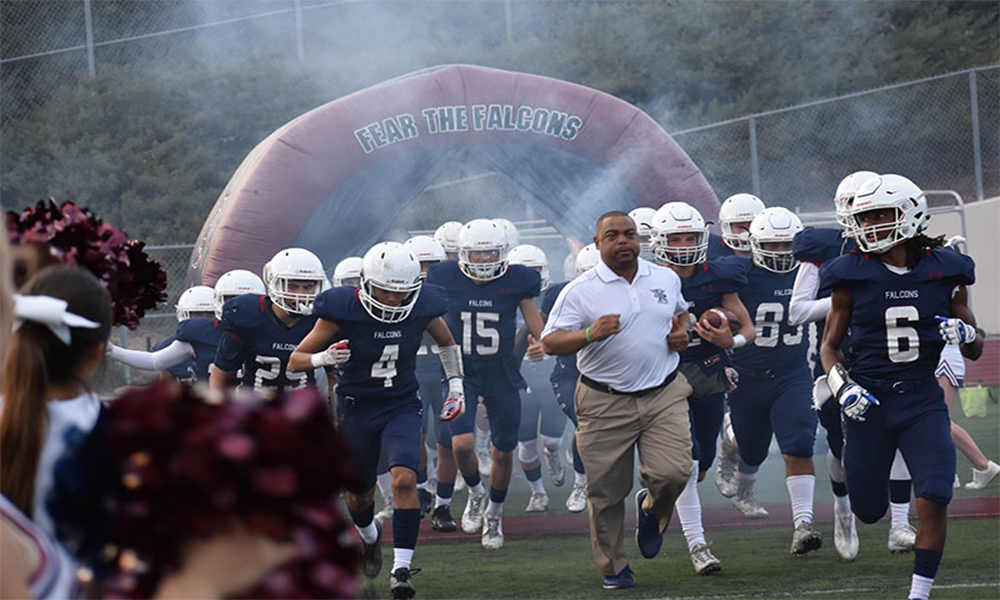 Home Team Scripps Ranch hails from San Diego led by Head Coach Marlon Gardinera and looks forward to be in their first Honor Bowl as well! The Falcons had a great 2019 season with a 12-1 record and gained another City Football League championship banner. The Falcons were CIF-SD DIII finalists and should bring a competitive team for the 2020 season led by QB Luke Durkin who had 2185 yards with 20 TD. RB Nicholas Gardinera (1783 yards 26TD) will be a power back that had a productive junior season. Watch for S Riley Merrigan who led the Falcons in tackles.